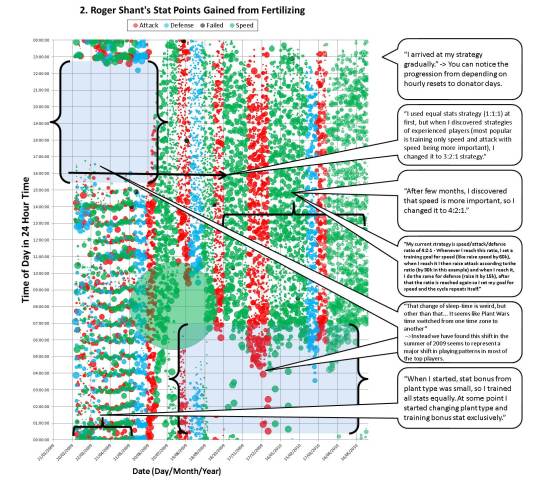 My post on Patterns of Play is up at Ethnography Matters. Here’s a teaser:

A few weeks into our study of Plant Wars, an online text-based fighting RPG developed by Jon Evans of Artful Dodger Software, we encountered a mystery. We had visualized the server log data that records the players’ in-game activities, and discovered a pattern as obvious as it was inexplicable: in June 2009, the top Plant Wars players began slowly shifting the time of day in which they were playing. Over a period of six months, the time that the top players started playing each day shifted by nearly six hours. We poured over the server log data, checking the processing code for errors, for time zone issues, for any possible explanation of this shift in play pattern. Using only the server log data, we came up empty-handed. What was going on?